Join Our Team For Your Dog For Your Cat For You
Previous month:
June 2017
Next month:
September 2017

This article by Dr. Jane couldn't have popped up at a better time. A few weeks ago sitting at the dinner table I felt a little pinch on the back of my neck. I reached my hand back to feel something hard on the back of my neck. I tried to pull it and it took two attempts before I got it off, saw it was a tick threw it down and jumped out of my chair. I instantly felt as though I had bugs crawling all over me.

My husbands aunt is suffering from Lyme disease and her entire life has been turned upside down. It is a terrible disease and seems to be more of a problem with the number of ticks increasing.

Luckily for us Bella has short hair so it is easy to give her a thorough check her whenever she comes in from outside to make sure that a tick isn't hitching a ride in the house. It’s the height of summer, which means that mountain trails, bucolic meadows and forested thickets are beckoning your dog to romp and explore. This impulse may be at odds with concerns about new research on Lyme disease, which may have you more inclined to restrict your canine companion’s activities to the Great Indoors. Before you put the kibosh on outdoor fun, make sure you know all the facts about canine Lyme disease.

According to Banfield Pet Hospital’s 2014 State of Pet Health Report, based on the medical data from over 2.3 million dogs, incidence of canine Lyme disease has increased 21% since 2009. As of last year, one in every 130 dogs carries the disease-causing bacteria.

The risk of Lyme disease depends on where you live. In New England, Lyme disease rates are much higher than the rest of the country. New Hampshire has the highest rate of Lyme disease cases, with one in every 15 dogs affected! Compare this with Washington and Oregon, where only 1 in 1,000 dogs carried the bacteria.

In the last five years, populations of the two species of ticks that carry Lyme disease have skyrocketed. As white tailed deer populations have escalated (chiefly due to declines of predator species), so too have the tick species that feast upon them. This is especially true in states east of the Rocky Mountains. While much smaller in stature, but just as problematic in the Northeast, the white footed mouse is another carrier of the bacteria responsible for Lyme disease. Greater numbers of animals that attract ticks translates to an increased likelihood that pet kids will be bitten.

Lyme disease is caused by the corkscrew-shaped bacteria, Borrelia burgdorferi. The bacteria are carried by ticks which transmit the infection when they feed on animals and humans. The disease can cause generalized illness in animals and humans. Even though about 75% of dogs living in endemic regions are exposed to infected ticks, only a small percentage develop symptoms.

Lyme disease was first discovered in 1975, when an unusual outbreak of rheumatoid arthritis occurred in the children of Lyme, Connecticut. In the U.S. today, it’s the most common disease transmitted to humans by insects, and perhaps dogs as well. Infections can also occur in horses and cattle … even cats.

The most common sign of Lyme disease in dogs is arthritis, which causes sudden lameness, pain and sometimes swelling in one or more joints. Other symptoms include fever, lack of appetite, apathy and swollen lymph nodes. In severe cases, the infection can lead to kidney failure, which can prove fatal, although this outcome isn’t common (thank goodness).

If your pet kid is diagnosed with Lyme disease, don’t assume that you too are contaminated. Transmission of the illness from companion animals to humans, or vice versa, is highly unlikely.

You wear sunblock to prevent sunburns, so why not take preventative measures to deter ticks? There are many highly effective veterinary products that will kill ticks before they can transmit the bacteria. Just keep in mind that the best way to avoid the problem is to steer clear of tick-infested areas, especially in the spring when young ticks are most active.

After spending time outdoors, do a thorough search for ticks, on both yourself and your companion animals. If you locate any, they should be removed carefully with tweezers, pinching the tick near the head, where they enter the skin. Researchers have learned that infected ticks must feed for about 24 hours to transmit the bacteria to a susceptible animal. That means quick removal greatly reduces the chance of contracting the illness. Fortunately, Lyme disease is easily treated in dogs with antibiotics. 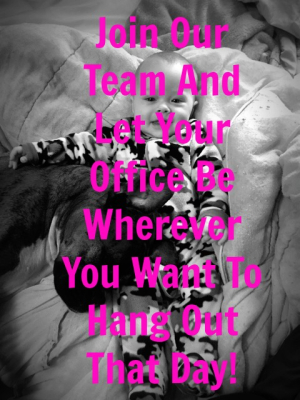